skip to main | skip to sidebar

Check out my latest blog:

Lists of the Bizarre, Intriguing, and Informative

copyright 2008 by Gary L. Pullman
Brainstorming is a way to generate a thesis sentence for an essay and the material that you need to support and develop the essay’s topic sentences. There are several ways to brainstorm, but one of the most effective involves these three steps:

When necessary, step one or step two (or, for that matter, step three) may be repeated.

Let’s try an example to see how this three-step brainstorming process works.

We’ll select a topic about which most high school and college students know quite a bit--horror movies. According to the first step, we should generate a list of such movies. List as many as possible. This step can be accomplished individually or in small groups or, if the teacher or instructor allows, as an entire class exercise. 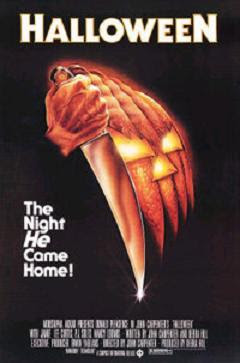 Here’s a possible list of horror movies, in no particular order, the title of each added as it came to mind (remember that the titles of a long literary work, such as a movie, is underlined or italicized):

Now, let’s repeat step one, listing the monster or the antagonist that appears in each movie:

After listing as many horror films as you can think of, perform step two, which is to group. Think of a way to group the movies on your list. For example, they could be listed by the type of monster or antagonist (natural, paranormal, or supernatural) that each film has. 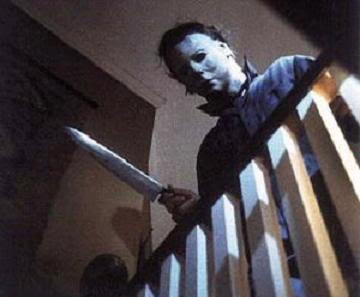 At this point, one may ask what is the difference between the paranormal and the supernatural. The answer is that the paranormal is considered an aspect of the natural world (the universe) but that its basis is currently unknown and, therefore, cannot be explained scientifically at present. The supernatural also cannot be explained scientifically, but it is believed to belong to a reality that is above and beyond, outside of, and transcendent to the natural world, or universe. A materialist (one who believes that only matter and energy, which are interchangeable states or substances, exist) will not accept the possibility of supernatural powers, forces, or entities. A dualist (one who believes in both matter and energy and spirit) can, and frequently does, accept the possibility of supernatural powers, forces, and entities. (“There are more things in heaven and earth than are dreamt of in your philosophy,” the dualist, paraphrasing Hamlet, might tell the materialist, to which the materialist might reply, “There is no ghost in the machine.”) A good place to make clear the distinction between the paranormal and the supernatural would be your introductory paragraph.

With this matter settled, we can now decide which of the horror movie monsters or antagonists belongs to each of these three types, natural (N), paranormal (P), or supernatural (S), but, remember, nature to the scientist, includes everything in the universe, the universe itself included:

Now, during step three, we imagine a situation that would give us a reason, or purpose, for writing about such a topic. Let’s assume that cousin Melba, who lives abroad and who has heard of, but never seen, a horror movie is coming to the United States to visit. Upon her arrival, you ask her what she would like to do, and she says, “See the scariest horror movie ever made!” Consider your three types of horror monsters or villains: natural, paranormal, and supernatural. Which is likely to be the most frightening of all? (I have used this exercise in several composition classes, and the answers tend to vary; at least one class has picked each type at one time or another. They vote, and the majority wins. After the issue has been thus decided, I ask for three reasons as to why the majority considers the type of monster or antagonist they chose as most frightening is, in their view, the scariest.)

Let’s say that you decide that the natural horror movie villain is the most frightening. Now, give three reasons as to why you think this is true:

Viola! You now have a thesis for an evaluation essay, in which, contrasting three types of horror movie monster or villain, you will argue that the natural antagonist is more frightening than the paranormal or supernatural alternatives. (Important! Remember that your thesis must have a purpose; it can't be simply a list of related points; the purpose of this thesis is to suggest why one type of horror movie villain is more frighetning than others, and your essay will use reasons and examples to make this claim clear and persuasive to your reader.) Your thesis (with the three points, each in a different color and underlined) might read:

Although paranormal and supernatural horror movie monsters are frightening, the natural villain is more terrifying still, because it is realistic, it is believable, and it could be encountered in everyday life.

But, as they say in infomercials, That’s not all!

You also have quite a list of examples of horror films and their respective monsters or antagonists that you can use, once you expand upon them, as material to support and develop your essay’s thesis and topic sentences.

These steps can be used to generate a thesis for any type of essay, whether the essay is:

Yes, You DO Count!